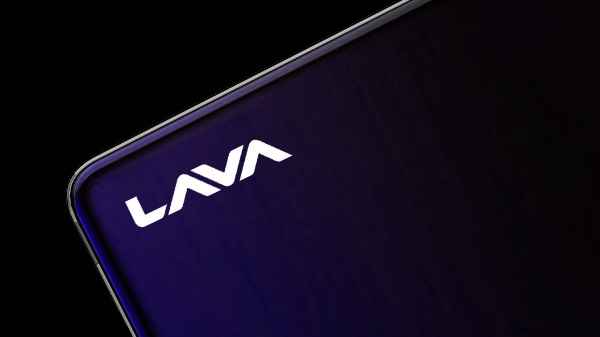 When Swami Vivekananda was on his way to the USA from India, he met Jamshedji Tata. At that point in time, Tata was the most prominent Indian business person who imported Japan made matchsticks to India. Swami Vivekananda asked Tata why Tata imported matchstick from Japan when it was possible to manufacture so in India.

This ideology of Vivekananda influenced Tata profoundly, and it was one of the foundational causes for establishing the Tata steel factory in Jamshedpur. That's the spirit of 'Made in India.’ That spirit is still more than relevant. Inspired by that spirit of making in India, Prime Minister Narendra Modi started the 'Make in India' and 'Atmanirbhar Bharat.’ Inspired by so, Indian businesses began to slowly increase their production in India rather than in other foreign nations.

Lava International, the Indian multinational electronics company, also responded positively to the call and started shifting its production bases to India, and also started to increase its production capabilities. Let's look closely at what the organization has done to manufacture in India.

Lava as a company

Founded in 2009 by Hari Om Rai, Shailendra Nath Rai, Sunil Bhalla, and Vishal Sehgal as an electronics company, Lava International manufactures mainly smartphones, laptops, and tablets. It has its business presence in India, Thailand, Nepal, Bangladesh, Sri Lanka, Egypt, etc. In 2012 it tied with Intel to manufacture smartphones in India. In 2014, it released its flagship smartphone Iris Pro 30.

However, it was not fast enough in maintaining pace with the changing markets, and its business ideas proved to be faulty. When markets started changing from 3G to 4G, it failed to understand the need for change and continued to produce 3G sets. As a result, sales decreased. However, as per Sunil Raina, President and Business Head, Lava India, Lava will not make the same mistake will not fail to remain in pace with the market. In an attempt of so, Lava has planned to release a 5G smartphone in India, and that too made in India.

As per the company's information, Lava has targeted 'Make in India' in a severe tone. It is not just to earn money but also inspired by the commitment to 'Atmanirbhar Bharat,’ Lava has decided to invest rupees 800 crores in India to set up a mass scale smartphone manufacturing factory in Noida. This factory is going to be a sophisticated, modern, and technologically up-to-date factory. The factory will aim at creating smartphones of international standards. The company has said that it seeks to provide the best to its consumers at a reasonable price.

The announcement and deliverance

Previously, Lava announced that it would release its new product on January 7, 2021. As per the announcement, Lava launched many of its products on that date. It introduced four new budget smartphones, namely Lava Z1, Lava Z2, Lava Z4, and Lava Z6. Lava also released the first-ever fitness brand in India BeFIT. The smartphones Lava has released ranges from rupees 5000 to 10000.

Lava has also released Lava MyZ customizable phone at a range of rupees 6999 to 10500, where the price depends on the combination the customer picks. But the story does not end in the products launched, but the real news is that all the smartphones launched by Lava on that date were designed in India. Thus the initiative of 'Make in India' has been taken by Lava International positively.

The manufacture of 5G smartphones Till date, Lava Internationals does not have a 5G smartphone. But as per the words of Sunil Raina, President and Business Head at Lava, 5G will hit the market very soon, and Lava is going to be present in that run. Although 5G is present in the market, it is not much popular. The cost is high, and well penetration of infrastructure has not occurred in all parts of India. Still, very soon, it will be very practically feasible to use 5G as the technology penetrates in parts of India. Lava, in this scenario, has transferred its research and development office from China to India.

Lava is targeting a 5% share in the smartphone market. If it can manufacture 5G phones in the price range specified, they will probably be able even to surpass their target of 5% share.

To conclude, Lava is on the way to manufacture 5G smartphones in India. The phones will probably be in the lower-cost range and thus make a good quality of 5G smartphones available to India's people at a reasonable cost. Made in India, phones will also generate employment in India. Thus, ultimately, we can say that the whole process will positively impact India's economy.