Gautam Adani is the chairperson and founder of the Adani Group, Indian entrepreneur and billionaire industrialist.

Gautam Adani is the president of the Adani Foundation, which is primarily led by Priti Adani. He is involved in port development and operations in India.

He founded The Adani Group in 1988 and diversified his business into energy, defence, agriculture, resources, and aerospace, logistics, amongst others.

In 1991, Gautam Adani started expanding the businesses into trading of textiles, agro products, and metals.

He got the contract from the Government of Gujarat for managerial outsourcing of the Mundra Port In 1993.

He started its first jetty in 1995, which was operated by Mundra Port & Special Economic Zone. 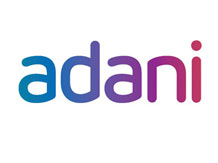 Mundra Port is the largest private-sector port in India and has the handling capacity of more than 200 million tons of cargo per annum and it.

His net worth is estimated to be around $15.7 billion in 2019, According to Forbes. In 2019, according to India Today, Gautam Adani was ranked as the 3rd most powerful person in India.

What a memorable and proud moment as an Indian and a Gujarati! The #StatueofUnity is truly an architectural marvel and an impeccable execution of our hon'ble PM's vision. pic.twitter.com/9zhnbNusJ5